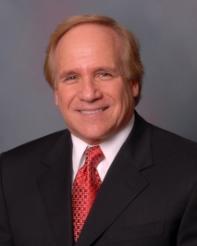 Michael D. Fioretti was born in a lower middle class neighborhood in West Philadelphia. He began to work at the age of 12. He worked his way through college and law school by working at a grocery store. He graduated St. Joseph’s University in 1967 with a Bachelor of Science Degree in Political Science, He earned his Juris Doctor Degree from University of Villanova Law School in 1972.

In 1968, as a second year law student at Villanova, he was drafted and inducted into the United States Military. He was trained to be a Vietnamese speaking interrogator. He served in Phu Bai in the Republic of Vietnam during the year 1970. He translated intercepted NVA and Vietcong communications. At the completion of his tour of duty in Vietnam, he returned to Villanova Law School.

In his early career (1973 through 1981), Mr. Fioretti was a criminal defense attorney. He also practiced in the areas of administrative law, personal injury, wills and estate, real estate law and family law.

In 1975 he began to practice in family law. By 1977, he was selected as one of the best lawyers in America in the Stephen Naifeh and Gregory Smith book for his work as a family law lawyer in the Commonwealth of Pennsylvania. In 1979, he was chosen by Philadelphia Magazine as one of the “79 people to watch in 1979” for his work as a family law attorney. In 1980, he sat for and passed the New Jersey Bar examination.

Commencing in 1976 and continuing until 1996, he was an instructor of Family Law and Criminal Law at the Mainline Paralegal Institute. In 1979, he authored the Divorce Rules and Practice Manual which was the precursor of the Pennsylvania Bar Institutes’ Five County Practice Manual.

Commencing in 1980, he has practiced family law in the Pennsylvania counties of Bucks, Chester, Delaware, Montgomery and Philadelphia and Atlantic, Burlington, Camden, Cape May, Gloucester, and Mercer Counties in the State of New Jersey.

Since 2020, Mr. Fioretti has limited his practice to Mediation Law. At this point in his career, he is a Family Law Mediator.

Mr. Fioretti has served on the Philadelphia Family Court Local Rules Committee and is a Member of the Philadelphia Bar Association Family Law Section. In 1990, he received Martindale-Hubbell’s AV Rating, a rating that continues until today. The “A” signifies the highest level of legal ability, while the “V” denotes “Very High” adherence to professional standards of conduct, ethics, reliability and diligence.

He has been chosen as a top rated lawyer in the area of Family Law in both the Commonwealth of Pennsylvania and State of New Jersey.

Mr. Fioretti has served as an Arbitrator in matrimonial matters. He is a member of the New Jersey Association of Professional Mediators. He is on the roster of Supreme Court Approved Family Law Mediators. He also serves as a mediator in the Commonwealth of Pennsylvania.

He was appointed by the New Jersey Court to be a Free Arbitrator in 2001 through 2005 and was reappointed in 2010 for an additional four (4) year terms.

Mr. Fioretti was appointed the Chair of the District IV Fee Arbitration Committee through August 31, 2014.

A Master of the nationally recognized Thomas S. Forkin family Inn of Court (South Jersey) since September of 2000, he has served as a member of the Executive Committee from 2006 to 2018. He has served as the Chair of Programming, the National Liaison, and Chair of the Pennsylvania/New Jersey Continuing Legal Education Credit. He is the President Emeritus of the Thomas S. Forkin Inn commencing July of 2012 and continuing until July of 2014.

Mr. Fioretti helped to create the Nicholas J. Cipriani Inn of Court which is a Philadelphia Family Law Inn of Court. He was a Master of that Inn of Court and served as its first Chair of Programming.

In June of 2016, the Nardi Award was presented to Mr. Fioretti. The Nardi Award is named after the late Honorable Joseph M. Nardi, Jr., who served on the Camden County Superior Court Family Part with distinction. The Nardi Award is the most prestigious award presented by the Thomas Forkin Inn of Court. The award is presented to a member of the South Jersey Family Law Community whose commitment to the practice of law encourages and exemplifies civility, humility, compassion and a moral, ethical obligation to the welfare of children and families, in general. This commitment should be further evidenced by participation in continuing legal education, whether formally or informally, and a willingness to act as an advisor/mentor to less experienced attorneys.

He is a member of the Camden County Bar Association, Family Law and Public Education Sections. He is a member of the State of New Jersey Bar Family Law Section. In his role in the Public Education Section, he was the Chairperson of a TV show “Legally Speaking”, which created 25 public education shows which were sponsored by the Camden County Bar Foundation. He appeared personally on two (2) of those shows.

Michael is a life member of the Vietnam Veterans of America. He is dedicated to the proposition that “Never again will one generation of veterans abandon another”. He is a supporter of the “Wounded Warriors Project” and “Tunnel to Towers”.

He has been married to Lorri Fioretti, his childhood sweetheart, best friend and lifetime confidante for over 50 years. They are the proud parents of a son, Michael J. Fioretti, Esquire, who is a solo litigation attorney practicing in Southern and Central New Jeresy. His son can be contacted by email at [email protected] or phone at 856-644-1848. His son’s practice areas include: Municipal Court, DWI and DUI, Criminal Law, Employment Law, Worker’s Compensation and Personal Injury.

Other Honors And Awards

We will respond to your inquiry in a timely fashion. Thank you.